There is literally no better way to sum up the way the Romanian craft beer scene has grown in 2017. Just when we thought we’d counted them all, a new brewery would pop up, or a new beer would be launched, constantly keeping us on our toes. So let’s crack one open (we’ve got choice a plenty) and see what last year has been all about.

New kids on the block

2017 saw the opening of a total of 8 breweries, some eagerly awaited since 2016, some making a sudden appearance on the market.

Things kicked off in June, with the tie debut of Three Happy Brewers and Amistad, both soon tagging along to the many craft beer festivals throughout summer. Soon to follow was Capra Noastră, the first brewery to open in Iași, back in July.

What followed was a brief period of calm, before things took an unexpectedly busy turn in December, with the opening of a record number of breweries per month: a total of 4, from Carol Beer, to the long awaited debut of Oriel, One Beer Later and, last but certainly not least, Kutuma in Cluj.

Definitely worth mentioning is the fact that the gypsy brewers at Wicked Barrel have had a most spectacular emergence on the market, with their first beer (a collaboration with Bereta) taking the shape of a very well received Imperial Stout, back in April. 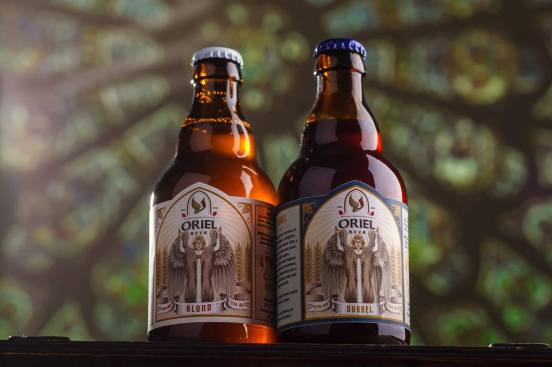 Meanwhile, the brewers at Ground Zero branched out in June with the release of the Deranj range. Currently consisting of a Kölsch and an Orange Wheat Ale, we’re curious to see how this range will expand in the year to come.

Out and about exploring new styles

Like many things on the Romanian market, the craft beer industry pays close attention to Western trends, and its growth has come about in leaps and bounds. After leaving the usual lagers and pilsners behind, it tackled IPAs, porters and a myriad of others soon after it was born. 2017, however, took on styles that a mere couple of years ago would have been considered extreme for unassuming beer drinkers.

The ‘hop juice’ trend did not escape the notice of Romanian brewers, and after Bereta set the bar with the release of Citro in 2016, they remained fans of the style in 2017, with their Juicebag range. Hop Hooligans also jumped on the hop-laden train with Game Over, their quadruple dry-hopped IPA. New England IPAs piqued the interest of the lads at Ground Zero, who decided to brew two (Split the Pot and Imperial Juice in collaboration with Bereta), while Double/Imperial IPAs made their way into the repertoires of Hop Hooligans, Hophead as well as Bereta.

Game Over IPA: this hazy, bitter juice bomb was just one of the many beers Hop Hooligans came up with this year (photo credit: Bereta)

2017 also showed that the Romanian beer drinking crowd was more than ready for strong, malty concoctions, as breweries plunged straight into the realms of Imperial Stouts, Barley Wines and even Imperial Smoked Rye Porters. Hop Hooligans were quite prolific with their dark beers, though the style was tackled by newer breweries as well, such as One Beer Later and their American Stout, or Kutuma with their Imperial Stout

Adjuncts were also tremendously popular in 2017, and no other brewery has used them as passionately as Hop Hooligans: from oats and lactose sugar, to orange peels, various berries (which made an appearance in both the first milk stout and the first sour beer brewed in the country), mango, Japanese tea and even spruce tips.

Newer breweries were also quick to follow in the overall trend of varying styles and flavour profiles. Amistad went all out with a debut range of 7 beers, featuring classic styles as well as a fruity IPA and a chili & chocolate ale.  Capra Noastră showed more interest in Belgian beers, much like Oriel Beer, while  Three Happy Brewers preferred a more traditional approach, relying on different styles rather than adjuncts (apart from that time when the Christmas spirit got to them and they brewed a pumpkin ale).

An ever growing niche market

In an earlier recollection of last summer’s shenanigans, we spoke quite a bit about the emerging prevalence of festivals dedicated to Romanian craft beer. However, 2017 was about more than just festivals popping up all over the country. As craft beer aims to become a more defined presence in the HORECA sector, we have been glad to see various bars and restaurants begin to show an initiative in raising awareness about this budding market.

Apart from brewery-owned bars, such as Ground Zero or Zaganu, many bars and shops have begun stocking Romanian craft beer on a regular basis. Beer tasting or beer and food pairing nights have also become quite the regular occurrence, with 1717 and  Bere a la Cluj being frequent guests.

We have also seen local businesses hosting events that follow the model of Western countries. Meet the Brewer events have become common in Cluj-Napoca, for instance, where our collaboration with the Canadian bistro Off The Wall has come to fruition with 3 such editions so far. There’s word of similar endeavours due to take place in Bucharest this year as well, so keep an eye out.

Sticking to Cluj, Blend. Brews & Bites have also started doing tap takeovers, and while their approach to the theme still needs a bit of tweaking, their intentions are in the right place. We’re also quite pleased to say that our collaboration with Blend has brought a new approach to the way beer festivals are held, as Craft Beer Days was not only the first craft beer festival held in Cluj, but it also showed that pub-held festivals can easily be implemented.

Craft Beer Days was just one of the many festivals that brought together people of all ages and varying beer preferences (photo credit: Dan Câmpean)

Outside the Cluj area, Viniloteca in Timișoara have held a fair few beer related events, particularly launch parties for Bereta and Hop Hooligans beers. Beer Zone in Iași have also held a Meet the Brewer event for the back then newly launched Capra Noastră, as well as hosted the 4 year anniversary party for Nemțeana. Meanwhile, Jar bar in Brașov have made their Craft Beer Lovers Night a regular event.

We were also very impressed by the collaboration between Transilvania Bank and the Spațiu M60 bar in Bucharest, as the two of them came together to create a guide for Romanian craft beers available on the market in July.

Last but not least, 2017 saw the beginning of several breweries working together with Romanian bands to create beers especially for them, which has definitely helped further the consumers’ awareness of such products. Collaborations so far number Hophead, who brewed a session IPA for the band Luna Amară, Zăganu and their pale ale brewed for the band Coma, as well as Cazino, who concocted a beer for Trooper in December.

This year, we have our beady eye set on 4 breweries that are due to make a debut. Some of them, like Patos Beer or Mustața de Bere, were expected to launch towards the end of 2017. However, the tedious Romanian bureaucracy got the better of their plans, so keep an eye out for them this year instead. Bere Noah and Urban Brewery seem to be in the same boat as well, with equipment set up and ready to go, yet held back by paperwork.

On that note, we’re hoping that the Craft Beer Producers’ Association will wrap up on their own paperwork this year, and embark on the much needed task of aiding the micro-breweries in the country, whether through changing the legislation to make opening a brewery easier for newcomers, or helping improve the production costs of already existing ones.

We’re also expecting to see more breweries start kegging their beers, such as Capra Noastră and Amistad, as well as seeing craft beer available on draft more frequently, outside festivals. Speaking of beer on tap, there is little doubt that 2018 will see an increase in the number of bars, as well as supermarket chains, adding craft beer to their menus. Some of the breweries launched this year have quite an impressive output, with Carol Beer alone boasting 5000 hectoliters per year, so such changes could be easily accommodated.

In terms of styles, we’re curious to see more Romanian breweries take on more hop and malt forward beers, such as Double IPAs and Imperial Stouts, as well as see increasingly interesting use of adjuncts. One thing the market may still be a bit too ‘young’ for is sour beers, however, Hop Hooligans‘s Berliner Weisse showed that even inexperienced beer drinkers don’t really know what they like until faced with the product itself, so here’s hoping for more.

Breweries that have been around a while are only sure to grow, whether through collaborations or simply increasing their current range and output. We’re definitely looking forward to more beers from Perfektum, who have only released one new beer this year, or seeing whether Amistad will bring new additions to their already broad debut range.

Keeping an eye on Oriel Beer is a must, as their award winning quadrupel is due to be released from its maturation barrel some time in May. The gypsy brewers at Wicked Barrel had a truly impressive start-off last year, with their fail-proof range of 3 beers, so we’re definitely curious to see where their growth will take them.

It will be interesting to see how brewing in-house will affect the quality of the Bere a la Cluj beers (as their brewery is due to relocate from Hungary to Cluj-Napoca this year), or who will be the next gypsy brewers making their way into the Ground Zero studio. We’re also quite eager to see whether Bereta will open their own brewery this year, how their beers will turn out when brewed on a larger scale, as well as whether we will start seeing a permanent selection of brews from them.

Last year has seen a tremendous growth for the Romanian craft beer scene, both in terms of new breweries as well as new styles. Not only that, but it is worth mentioning that this new industry has prompted some of the well established macro breweries in the country to take a turn into re-branding their wares as ‘craft’. While this generated quite a bit of debate among beer lovers, it only goes to show that its growth has not gone unnoticed.

Personally, we feel that credit must be given where due, and while we’re not the ones to argue the legitimacy of such a move, it’s definitely a step forward when it comes to changing the mentality of beer consumers in Romania and opening their eyes and appetites for alternatives.

With such a precedent, the bar has been raised quite a bit when it comes to what is to be expected of 2018. While the craft industry itself is still in its infancy, currently holding on to less than 1% of the beer market, we’re confident that we’ll see great things achieved. 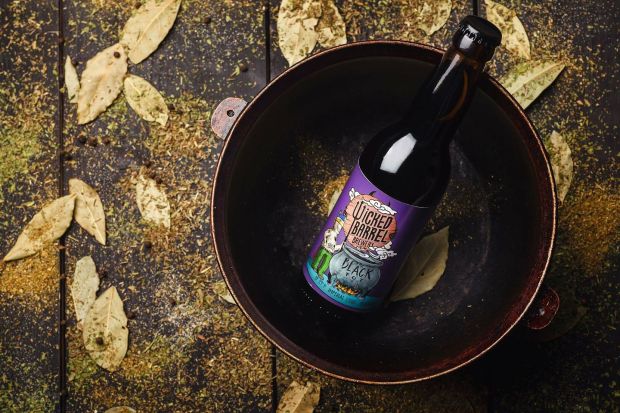 The general consensus among craft beer connoisseurs is that Black Pot, the gypsy brewing collaboration between Bereta and Wicked Barrel, was the best craft beer brewed in Romania in 2017. Lets see which styles will top the charts this year! (photo credit:  Hidden Hallow Photography)

So what about those 87 new beers we got this year?

“Surely there can’t have been that many!” you will most likely ask. Well, have no fear, ye of little faith, for we have taken it upon ourselves to research this. So, without further ado, here is the list of all new beers launched this year, hand-counted for your viewing pleasure: List of Romanian craft beers released in 2017